TOO SOON TO SEE

TOO LATE TO HIDE

DCS Frankie Sheehan is handed the case, and almost immediately spots foul play. Sheehan, a trained profiler, is seeking a murderer with a talent for death.

TOO CLOSE TO BREATHE

As Frankie strives to paint a picture of the killer, and their victim, she starts to sense  they are part of a larger, darker canvas, on which the lines between the two blur.

With thanks to the publisher for the copy received.
When I read Irish fiction, I always tell myself I should make more of an effort to read more. Even though this was crime fiction with a subject matter that was quite dark it was also a refreshing read with just the right amount of humour. The type of humour that is wry, and just a general observation on everyday life. The type of humour that can describe a person truthfully but (probably) without causing offence.
Frankie Sheehan, recently back on duty after receiving a horrific injury while apprehending a suspect is adamant that she wants to work on the latest case. At first glance it looks like suicide but it is soon revealed that it was murder.
When the body count rises, and Frankie knows one of the victims she is more determined than ever to solve the case. With pressure from above, the team are trying everything they can to get the case solved. The author demonstrates that a case isn’t solved overnight. I was quite surprised by how quickly time was passing whilst the team tried to solve the case.
There is no doubt, the link to the dark web is convincing and unsettling. It’s not something I fully understand, I wouldn’t have any idea how to find the web pages that are mentioned, thankfully. But some do, and you do hear about it on the news occasionally.
I loved the relationship between Frankie, Baz and Clancy. An understanding and friendship that could only come from deep trust, loyalty and openness. Especially between Frankie and Baz, they have the type of friendship where they can say what needs to be said without causing offence.There are others in the team, but they are not as close.Frankie is insistent that they maintain a distance in respect to her rank. I also liked her nurturing of a bonsai tree, something small but important in showing how she needs to accept what happened to her.
A brilliant debut novel with characters I would love to meet again. 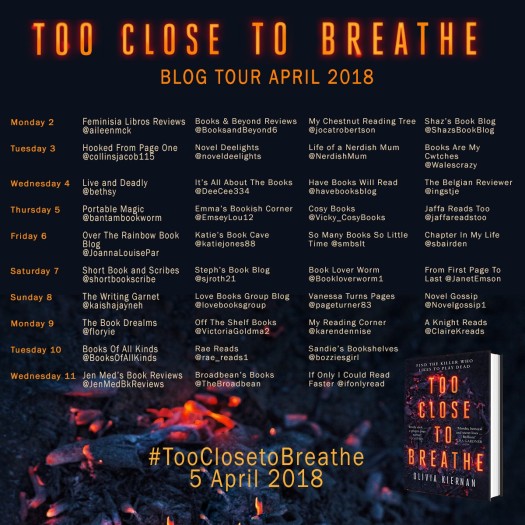 It’s early summer when a young poet, Dora Fielding, moves to Helensburgh on the west coast of Scotland and her hopes are first challenged. Newly married, pregnant, she’s excited by the prospect of a life that combines family and creativity. She thinks she knows what being a person, a wife, a mother, means. She is soon shown that she is wrong. As the battle begins for her very sense of self, Dora comes to find the realities of small town life suffocating, and, eventually, terrifying; until she finds a way to escape reality altogether.
Another poet, she discovers, lived in Helensburgh once. Wystan H. Auden, brilliant and awkward at 24, with his first book of poetry published, should be embarking on success and society in London. Instead, in 1930, fleeing a broken engagement, he takes a teaching post at Larchfield School for boys where he is mocked for his Englishness and suspected – rightly – of homosexuality. Yet in this repressed limbo Wystan will fall in love for the first time, even as he fights his deepest fears.
The need for human connection compels these two vulnerable outsiders to find each other and make a reality of their own that will save them both. Echoing the depths of Possession, the elegance of The Stranger’s Child and the ingenuity of Longbourn, Larchfield is a beautiful and haunting novel about heroism – the unusual bravery that allows unusual people to go on living; to transcend banality and suffering with the power of their imagination

I’m not a huge fan of poetry but when this surprise book post arrived I liked the sound of it. It wasn’t my usual choice of fiction but I do like to read something a little different. It did take me a while to get into but once I did, I found it a fascinating read.
Wystan’s story was the one that I enjoyed more. A poet who I had heard of but knew nothing about. So, as I was reading I was also looking for more information about him via the internet, especially his friendship with Christopher Isherwood in a 1930s Berlin. His character seemed to be very loyal to his few friends, and very supportive of his pupils. The chapters that concerned him were much easier to read.
Dora, herself a poet, was missing her life in Oxford. Life in Scotland was different to the academic lifestyle which she used to have. She was also struggling to cope with a premature baby and had a pair of very vindictive neighbours.
The account of a life in the 1930s where homosexuality was illegal and shameful and the account of a life in modern day where postnatal depression could easily be misunderstood gave plenty to think about. Both were fully aware of what people thought of them and Dora especially felt isolated and struggled to cope with the attitudes of people around her.
Beautifully written, it is at times unsettling with some of the attitudes shown towards both the characters  and the situation in Berlin. A captivating novel, by an author I would read again.
With thanks to the publisher for the copy received.

The Lonely Hearts Hotel is a love story with a difference. Set throughout the roaring twenties, it is a wicked fairytale of circus tricks and child prodigies, radical chorus girls, drug-addicted musicians and brooding clowns, set in an underworld whose economy hinges on the price of a kiss.
It is the tale of two dreamers, abandoned in an orphanage where they were fated to meet. Here, in the face of cold, hunger and unpredictable beatings, Rose and Pierrot create a world of their own, shielding the spark of their curiosity from those whose jealousy will eventually tear them apart.
When they meet again, each will have changed, having struggled through the Depression, through what they have done to fill the absence of the other. But their childhood vision remains – a dream to storm the world, a spectacle, an extravaganza that will lift them out of the gutter and onto a glittering stage.
Heather O’Neill’s pyrotechnical imagination and language are like no other. In this she has crafted a dazzling circus of a novel that takes us from the underbellies of war-time Montreal and Prohibition New York, to a theatre of magic where anything is possible – where an orphan girl can rule the world, and a ruined innocence can be redeemed.

I have never read a book like The Lonely Hearts hotel before. In honesty, I have to say that it took me quite a while to get into it. The physical, emotional and sexual abuse received by both Rose and Pierrot at the orphanage was hard to read. And the fantasy used to help Pierrot through it felt strange.
However, when they both left the orphanage I found it much easier to read. Rose was a character that I warmed to the most. I loved her resolve to make her life better. She was incredibly gutsy and loyal to almost everybody she met. Pierrot’s life was more heartbreaking. Apart from the time he spent with his benefactor his life was pretty much a downward spiral under the very strong hold of a heroin addiction. The minor characters were also strong. McMahon, the club boss who was determined to destroy Rose by control. Poppy, messed up and too young for the life she led and just wanting to be loved.
It’s very theatrical and dramatic. At times, it felt like a technicolour fantasy. All the descriptions of the stage shows, Rose’s scenes with the bear were all vividly described. But the scenes I enjoyed the most, the ones that felt more real, were the images of extreme poverty. The fight to survive at a dreadful time in history.
It’s a book that I’m pleased I persevered with. I enjoyed seeing how their lives altered as they got older and how each of them coped after the hardest beginning.

You can buy the book at amazon or waterstones