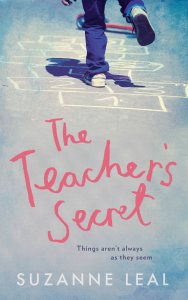 Things aren’t always as they seem…

A small town can be a refuge, but while its secrets are held, it’s hard to know who to trust and what to believe.

The Teacher’s Secret is a tender and compelling story of scandal, rumour and dislocation, and the search for grace and dignity in the midst of dishonour and humiliation..

With thanks to the publisher for the copy received.
The Teacher’s Secret is set in a close-knit community in Australia. Terry has been teaching at the local school for years. Some of the children he teaches are the children of parents he taught when they were children. Some of them need more help than others. Pupils and colleagues adore him but when Laurie arrives to stand in as school head she doesn’t like his ways. She sees his closeness and time he spends with the children in his own time as a threat to their safety and against the rules. And Laurie is adamant that all rules need to be adhered to by everybody. She soon makes it impossible for him to carry on working at the school.
The novel focuses on Terry but also other members of the community. We meet Nina, the teacher who replaces Terry and one of the few who doesn’t really know him. We also meet parents and grandparents of pupils, close friends and a family who want refuge.
At first, when the novel focused on Terry I found if quite difficult to read. I did have sympathy for him, he did a lot of good things for the kids, especially the ones who needed extra care. But I don’t think he helped himself at all with his refusal to accept the rules that were in place. I warmed to him more after he was forced to leave his job, when you could see how much the children needed him. And how much he needed them.
My favourite character was Nina, how she had to accept the way her life had changed and how she had to make the children accept her as their new teacher. She was the only one who had any liking or sympathy for Laurie, a feeling I didn’t share. I thought she was a cold person who would manipulate a situation so she could put her rules in place. I liked Grace and her family, I felt her fears over not being granted refuge and how hard it was to fit into a new way of life. And how it was made easier for them by a misunderstanding.
I liked reading about this little community of people and Suzanne Leal is an author who I would happily read again. 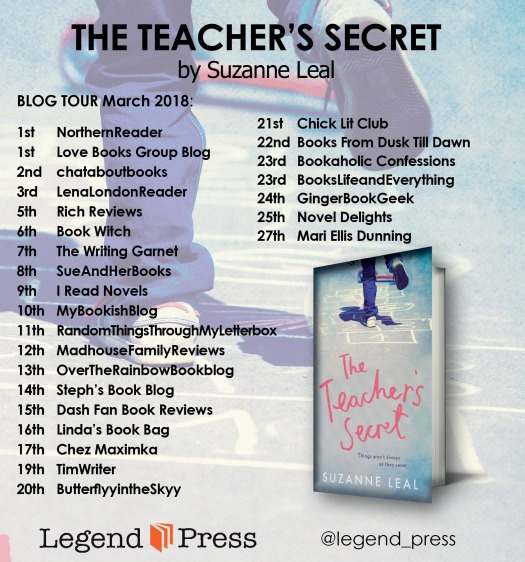