When the body of a pregnant fifteen-year-old is discovered in a churchyard on Christmas morning, the community is shocked, but unsurprised. For Hope lived in The Home, the residence of three young girls, whose violent and disturbing pasts have seen them cloistered away…

As a police investigation gets underway, the lives of Hope, Lara and Annie are examined, and the staff who work at the home are interviewed, leading to shocking and distressing revelations … and clear evidence that someone is seeking revenge.

A gritty, dark and devastating psychological thriller, The Home is also an emotive drama and a piercing look at the underbelly of society, where children learn what they live … if they are allowed to live at all.

The Home is a crime novel, but instead of focusing on the suspicious death of a young girl in care it is more about the three girls who lived together, Hope, Annie and Lara, and what happened to them in their past.

They live in a beautiful and remote part of the country, near Langdale Pike. They should be safe from the past and be able to start rebuilding their lives. But as the story unfolds and you start to learn what each of them faced you saw how impossible it was. What happened to each of them was horrific, more so because you know that it happens. That there are children who experience the fear, neglect and violence that each of the characters faced.

It was impossible to decide who suffered the most but the one whose life story had the biggest impact on me was Hope. It wasn’t surprising that she coped the way that she did. And there was no way I could judge her, even though I did feel sorry for Annie who had to suffer the most from her occasional cruelty.

It was not just the three girls who suffered. The staff, underpaid, under appreciated and over worked. It’s not something I really thought about, how the dedicated staff neglect their own families to do their job and try and improve somebody else’s life.

A heartbreaking novel that has made me think more than any other about what some children experience and also the staff who try and pick up the pieces.

A chilling, exquisitely written and evocative thriller set in the Lake District, centering on the obsessive relationship that develops between two writers…
Bo Luxton has it all – a loving family, a beautiful home in the Lake District, and a clutch of bestselling books to her name.
Enter Alice Dark, an aspiring writer who is drifting through life, with a series of dead-end jobs and a freeloading boyfriend.
When they meet at a writers’ retreat, the chemistry is instant, and a sinister relationship develops… Or does it?
Breathlessly pacey, taut and terrifying, Exquisite is a startlingly original and unbalancing psychological thriller that will keep you guessing until the very last page.

In nearly every review I have seen for this book, the reviewer concerned has tried to avoid using the word ‘exquisite’ when describing the writing. I won’t even bother to attempt it, because the writing is exquisite. There is just no other word to describe it.
It is a tale of mutual obsession between two women Bo and Alice. Both have had problems with obsession before but not many details are revealed until further into the novel. Neither of the women are that likeable, in fact one of them made my toes curl almost immediately. The other I did have more empathy for.
The reader is aware that one of the women goes to prison but who it is isn’t made clear. I had my suspicions which were correct but I was mistaken in other matters.
Whilst I liked the story about obsession I also liked the part of the book very much that focused on how different a person can feel when experiencing nature.

A quote from the book says that ‘the cure was simple: Get outside. Walk. Breathe. Live’. In my opinion, this feeling can’t be beaten.
It’s a difficult book to review without spoilers but I think this book will be a very popular summer read.
With thanks to the publisher for the copy received.
The book can be purchased at Amazon or Waterstones 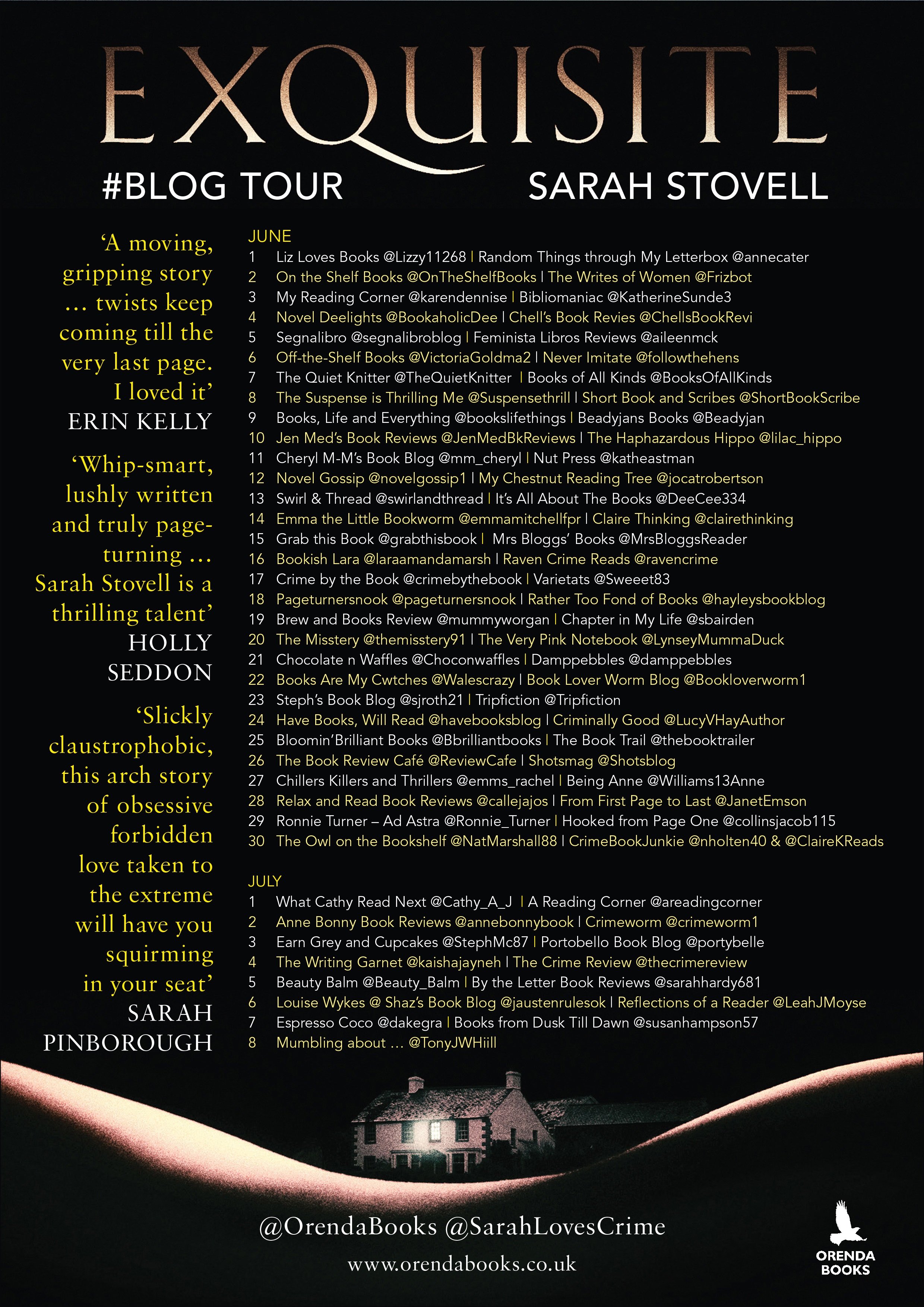