The time has come again to pick my top books of the year. I have read 144 books this year and after much consideration I have managed to get it down to 10. All of the books have been published. Apart from my top book of the year they are in no particular order. 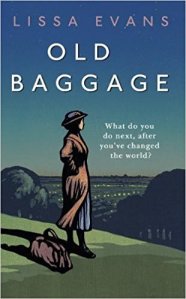 9) Only Child by Rhiannon Navin

8) And So It Begins by Rachel Abbott

7) We Were The Salt Of The Sea by Roxanne Bouchard 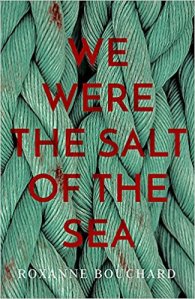 4) The Seven Deaths of Evelyn Hardcastle by Stu Turton 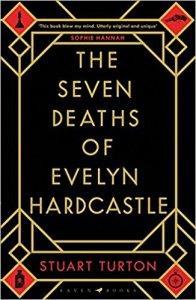 2) The After Wife by Cass Hunter

It was very hard to pick my favourite book of the year but I finally decided that it was the first book in a new series.

1) No Time To Cry by James Oswald 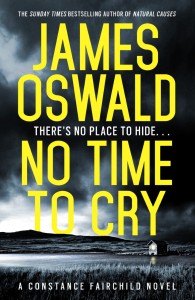 Cleo knows she should be happy for her brother Mark. He’s managed to find someone new after the sudden death of his first wife – but something about Evie just doesn’t feel right…

When Evie starts having accidents at home, her friends grow concerned. Could Mark be causing her injuries? Called out to their cliff-top house one night, Sergeant Stephanie King finds two bodies entangled on blood-drenched sheets.

Where does murder begin? When the knife is raised to strike, or before, at the first thought of violence? As the accused stands trial, the jury is forced to consider – is there ever a proper defence for murder?

With thanks to the publisher for the copy received. This is the first book that I have read by Rachel Abbott and I’m in for a treat catching up if they are as good as this.
The scene that faces police officers Stephanie and Jason is a grim one. Af first it appears that both of the people covered in blood are dead but Evie is still alive. And she has a tale to tell.
The novel is mainly about women. Evie, the accused but also victim, Cleo, Evie’s sister-in-law, Stephanie, the police officer who has attended two deaths at the Cliff top house, Harriet a woman’s rights lawyer and Aminah, who I had a lot of sympathy for, she was a friend to both Evie and Cleo and had the misfortune to be caught up in the middle of Evie’s and Cleo’s relationship.
I read this novel via the Pigeonhole app and it was serialised over ten days. Each ‘stave’ ended on a cliffhanger and had me wishing my life away, anxious to find out what would be revealed next.
Very few of the characters were shown favourably. Aminah was the only one that I liked. The others all had too many hidden agendas or secrets. Cleo was probably my least favourite. Too possessive and controlling of her brother and I didn’t like the way she was with her niece.
I changed my mind constantly about what was happening. Why did Evie do what she did? Was Cleo involved in Mia’s death? Or was it all connected by events from years earlier?
Very little went the way I thought it would. I was duped through most of the novel and I wonder if I would have thought differently if I had it read it the normal way. At first I thought the ending a little abrupt, it was definitely unexpected. But on reflection it worked very well.
A fantastic novel, and I loved the way I read it. Having the control taken out of my hands with how much I could read added to the intrigue and Rachel Abbott is an author I am looking forward to reading again.