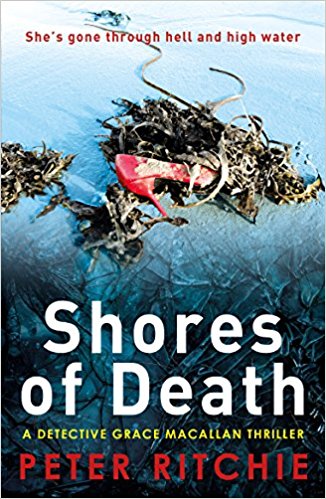 Unsure of her future in serious crime investigation, Grace Macallan is tasked with taking over an enquiry that will test her to the limit and threatens to run out of control. An undercover officer is missing, and a young woman is washed up barely alive on the Berwickshire coast. Details of an operation trafficking women from Eastern Europe begin to emerge, and as a dangerous career criminal realises his team has been infiltrated, he begins to clean the trail of evidence leading to him… A complex alliance of cold-blooded criminals from Newcastle, Glasgow and Edinburgh begins to unravel, and some of the most ruthless criminals in the North East of England and Central Scotland begin to turn on one another. As Superintendent Macallan races against time, uncovering high-level police corruption along the way, can she take control of the situation before it becomes a test too far?

With thanks to the publisher for the copy received. I enjoyed reading Evidence of Death, book two in the Grace Macallan series a few months ago so was looking forward to reading this next book on the series. I do advise that you read these books in order. Some of the storyline and many of the characters do appear in both books. And there are a lot of characters.
The start of the novel is harrowing when the crew of an incoming fishing boat have to change their plans. The rest of the novel deals with the consequences of what happened.
Much of it is gang related and shows who is the most powerful in Edinburgh, Glasgow and Newcastle. It’s grim, violent but also has the same type of humour that was evident in the earlier book. The glossary that shows Scottish slang at the beginning of the novel did come in handy for some of this.
Grace is a character I really like. The personal battle she went through when trying to choose between family life in Ireland or her career in Scotland was realistic but she showed that it could be done if both in the relationship was willing. The same could be said for her friend and colleague Jimmy McGovern whose wife also appeared at intervals. It was refreshing to read that marriages could work alongside a career in the police.
With a few threads being resolved in this novel I would be interested in seeing what will happen next. I’m aware that there are at least two more books to come. 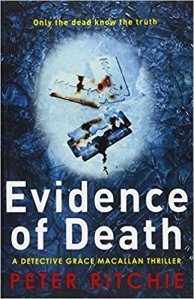 Scarred by the Troubles in Belfast, Billy Nelson returns to his loyalist roots following his discharge from army service. But Belfast and the people he knew have changed, and after his gang are responsible for a series of violent attacks on innocent victims, he is forced out of the city and moves in on the drugs business in Edinburgh.Taking on the family who have been the main players in the city for years, a battle for control amongst the criminal underworld of Edinburgh, Glasgow and Belfast ensues, and the balance of power is upset…Grace Macallan, recently promoted to Superintendent in the Specialist Crime and Counter Terrorism Directorate, has her hands full as a series of incidents leaves a trail of victims. As the old demons of the Troubles come back to haunt her again, can Grace keep the streets of Scotland safe, as well as balancing the conflicting interests of the police in Scotland, Northern Ireland and the Security Services, who all have an interest in Nelson and his paramilitary contacts in Belfast…

With thanks to the publisher for the copy received.
I hadn’t read the first book in the series but could follow this easily enough, there are no spoilers despite a few characters reappearing and it could easily be read as a standalone novel.
When Billy is forced to leave Belfast to set up in Edinburgh he takes along some equally violent and unbalanced friends. But they are not all as loyal and respectful towards him as he expects them to be. As you can work out from the synopsis the crimes committed are drug and gang related. There are drug dealers, drug users, plenty of murders, corrupt police officers and there is some brilliant Irish and Scottish humour. There is something about this type of humour in novels that delivers a low punch that has you gasping and then laughing with delight.
It has multiple threads, there is a lot more happening than I initially thought. At times I was back tracking, thinking that I had missed something, but I hadn’t. I was just cleverly played.
I hope that this will develop into a long running series, I know there is at least three books. It was refreshing, slightly intimidating and worryingly believable.