Robert Finlay seems to have finally left his SAS past behind him and is settled into his new career as a detective. But when the girlfriend of his former SAS colleague and close friend Kevin Jones is murdered, it’s clear that Finlay’s troubles are far from over. Jones is arrested for the killing, but soon escapes from jail, and Finlay is held responsible for the breakout. Suspended from duty and sure he’s being framed too, our hero teams up with MI5 agent Toni Fellowes to find out who’s behind the conspiracy. Their quest soon reveals a plot that goes to the very heart of the UK’s security services. End Game, the final part in the critically acclaimed Robert Finlay trilogy, sees our hero in an intricately plotted and terrifyingly fast-paced race to uncover the truth and escape those who’d sooner have him dead than be exposed.

With thanks to the publisher for the copy received.
I have read all of the books in this series and I can honestly say that they have got better and better. I would recommend that they are read in order, there are a couple of storylines that run through all of the books.
Robert Finlay, ex military, now police officer has plenty of demons with what he experienced in various war zones and he is the right person to be brought in to help in a hostage situation. Unfortunately it also brings him into contact with Superintendent Mellor who bears him a grudge for events that happened previously. When tragedy affects his close friend Kevin shortly after, events go from bad to worse for the pair of them.
I will be honest. I rarely read military style fiction. Mainly because I don’t understand much of the politics, religion and geographical borders. But, Matt Johnson has made this series so readable and understandable anybody could read and enjoy them.
There are plenty of characters. As always, some are good, some evil and there are a few who walk a fine line. I had doubts about some of them, but they were unfounded.
I believe this is the last in the series which saddens me, certainly there are a lot of threads that have been resolved. I will be interested in what we will see next from the author.
You can purchase the book here 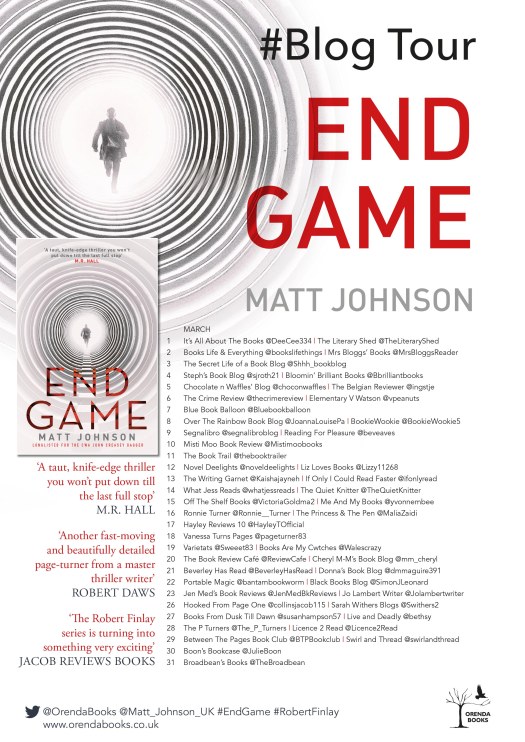 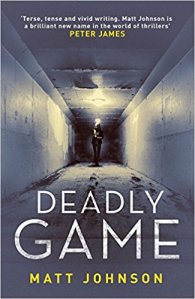 Reeling from the attempts on his life and that of his family, Police Inspector Robert Finlay returns to work to discover that any hope of a peaceful existence has been dashed. Assigned to investigate the Eastern European sex-slave industry just as a key witness is murdered. Finlay, along with his new partner Nina Brasov, finds himself facing a ruthless criminal gang, determined to keep control of the traffic of people into the UK.

Deadly Game is the second book in the series that features Robert Finlay. I would strongly advise that the series is read in order.
The prologue featuring Relia was quite distressing and just made me think about how many young women have been convinced by the promise of a bright future. Only to find too late that it would never be the one that they dreamt of. The part of the novel that covers the sex trafficking shows the way the young women are controlled and how impossible their situation is.
Not all the book is about sex trafficking though. There is another storyline running throughout most of the novel. One which the reader finds out more but Robert Finlay is oblivious to. It is this story that makes it essential to read Wicked Game. This storyline is quite chilling. I won’t reveal what it is about but the book is set in 2001 and events that have happened since then, the events that are never far from our news makes you think about what might have happened but never made public.
It is very topical and I hope that there is a follow up. It’s a series that I have enjoyed even though a military crime thriller isn’t one that I would usually read.
The book can be purchased here
With thanks, as always to Karen Sullivan for the copy received. 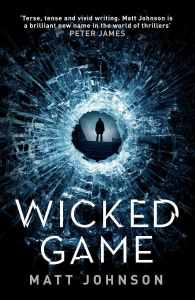 Age is catching up with Robert Finlay, a police officer on the Royalty Protection team based in London. He’s looking forward to returning to uniform policing and a less stressful life with his new family. But fate has other plans. Finlay’s deeply traumatic, carefully concealed past is about to return to haunt him. A policeman is killed by a bomb blast, and a second is gunned down in his own driveway. Both of the murdered men were former Army colleagues from Finlay’s own SAS regiment, and in a series of explosive events, it becomes clear that he is not the ordinary man that his colleagues, friends and new family think he is. And so begins a game of cat and mouse a wicked game in which Finlay is the target, forced to test his long-buried skills in a fight against a determined and unidentified enemy.

Today is my turn on the blog tour for another amazing novel brought to us by Orenda.
Even though I’ve read many crime novels, I’ve never read any that are also SAS or military. By the end of the first chapter of this book I was hooked. Terrorism is a major factor throughout the novel, I can remember the events surrounding the siege at the Iranian Embassy and many of the events involving the IRA, but I have never thought about what it must have been like for the military or the police. Matt Johnson shows us what the people who had to be involved would have experienced.
When ex army colleagues are murdered Robert and Kevin are recruited by their old boss to find the people responsible and take the appropriate action. Robert is very reluctant to get involved, he is a family man but Kevin is more compliant. Robert is in a very difficult position, he is in a new job and his superiors suspect that he knows more than what he is saying.
I liked Robert and Kevin very much, both trying to cope with their past in order to deal with the present. The feelings they experienced, who to trust and how much they could reveal. The level of trust, or mistrust, is just the way I imagined it between the army and the police. I hope that in future novels we get to see the relationships build.
I had completely forgotten that the novel wasn’t set in present time, sadly terrorism is everyday news and I found at least one part of this novel very upsetting. It is quite graphic, especially at the beginning when he is describing events in Ireland. But there is also some humour and a great feeling of loyalty and friendship.
I found Wicked Game a great book to read, one that shows how rewarding it is to read something a little different. 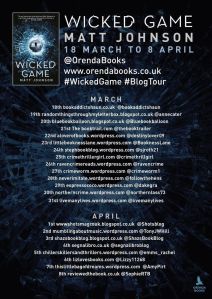