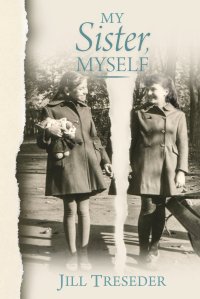 Hungary, 1956. Russian tanks brutally crush the revolution against the Communist regime. Sisters Katalin and Marika escape Budapest with their family and settle in London.

However, the past is not so easily left behind. Their father is a wanted man, and the sisters’ relationship hangs in the balance. Their futures are shaped by loss. For Katalin, this means the failure of her ambition and a devastating discovery; for Marika, an equally heart-breaking experience.

Caught between their Hungarian heritage and their new lives in Britain, the sisters struggle to reconnect. Family secrets are exposed, jeopardising Katalin’s and Marika’s identities.

Can their relationship survive war, division and grief?

With thanks to the publisher for the copy received. Before I started reading My Sister, Myself I was under the impression it was auto biographical. Why, I have no idea, I must have misread the blurb. But all the way through, I couldn’t shake off that feeling, even though it is fictional.
I do know there were problems in some parts of Europe after WW2 but am ashamed to say I know nothing about what happened in Hungary. In the novel the things seen and described are through the eyes of a young girl. The things that somebody that age should never see, and they are things that an adult would struggle with.
Because of that I could forgive Katalin for some of her behaviour.
There are three narratives, Katalin, Marika and Klára, their Aunt. Klára has lived in Devon for years, a refugee from a different time. She was widowed in the war and was childless. Her life changes dramatically when she has to take in the two girls when they struggle with their new life in London.
There is so much that makes you think. The type of life they had in Hungary, followed by the way they were initially treated when they were refugees who couldn’t speak the language. Both girls made different choices, I was surprised the way they did. The one who I thought I would like more and who I thought would be more successful wasn’t. Much of the novel concerns their fractured relationship and I had a lot of sympathy for Klára who had to pick up all the pieces.
It’s a wonderful book that I am thrilled to be given the chance to read. It’s a book that is out of my comfort zone and possibly wouldn’t have heard about. 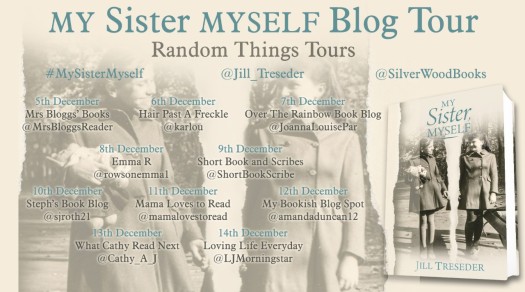