A killer is on the loose, attacking people in places they feel most safe: their workplaces, their homes. It’s up to DS Grace Allendale to stop the murders, and prove herself to her new team.

All clues lead to local crime family the Steeles, but that’s where things get complicated. Because the Steeles aren’t just any family, they’re Grace’s family. Two brothers and two sisters, connected by the violent father only Grace and her mother escaped.

To catch the killer, Grace will have to choose between her team and her blood. But who do you trust, when both sides are out to get you?

With thanks to the publishers for the copy received. The book starts with a murder. The more you find out about this man in the flashbacks throughout the novel made me feel little sympathy for his death. He was a horrible man whose actions had severe repercussions for the rest of his family. His murder is only the first and occurs before Grace returns to Stoke. It is the subsequent murders that she has to try to solve but she does have a connection to him. And it is that connection to him that could stop her becoming part of the team in her home town.
His actions are described in the book from a child’s point of view. You see the fear and upset over the violence shown to a mother but much of it is from listening to what is happening. It’s different to what I’ve read before and at times chilling.
Grace was a character who I warmed to instantly. Still struggling after the loss of her husband and mother she has moved back down to Stoke. Whilst the move could be good for her it also brings back unwelcome memories and brings her into contact with family she wants to have no contact with. But she has a stubborn streak, is determined to be honest with her new colleagues and solve the murders that are happening. I was willing her to succeed and not feel threatened by events that were happening in modern-day and the memories of her childhood.
I loved the descriptions of Stoke, it’s somewhere I’ve never been. It must be easy to over describe a place you know well and I found it worked perfectly here. I had a feeling of the area, with its history. places to see and places to go. And the oatcakes.
I really enjoyed Mel’s Allie Shenton series so was looking forward to what her new series would be like. I was delighted that there were some characters that had reappeared.
It is good news that book two will be released in Spring 2019.I am looking forward to seeing Grace and her team become good friends. 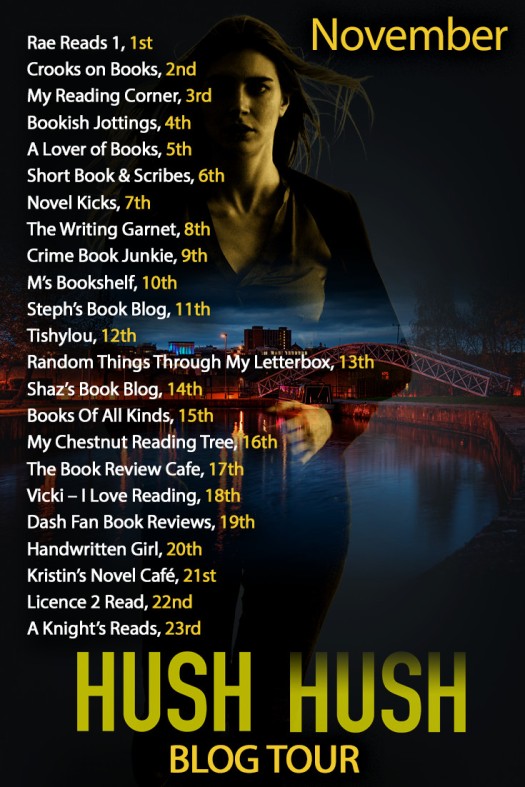