Till death do us part…

After leaving her marriage to jealous, possessive oncologist Maxwell, Lily and her six-year-old son have a second chance at happiness with headteacher Sebastian. Kind but vulnerable, Sebastian is the polar opposite of Maxwell, and the perfect match for Lily. After a whirlwind romance, they marry, and that’s when things start to go wrong…
Maxwell returns to the scene, determined to win back his family, and events soon spiral out of control. Lily and Sebastian find themselves not only fighting for their relationship, but also their lives…
Chilling, dark and terrifying, Do No Harm is a taut psychological thriller and a study of obsession, from one of the most exciting new voices in crime fiction.

With thanks to the publisher for the copy received. Do No Harm is the follow-up novel to the excellent The Other Twin and is one of the more malevolent novels I have read. From the opening chapters you could see the venomous thoughts and the wish that the marriage between Lily and Sebastian would fail.
The narrative comes from Lily, Sebastian, and an unknown narrator. You read about how happy Lily is to get away from her controlling ex husband Maxwell, how Sebastian wants to do the best he can for Lily and her son Denny, and how all the unknown narrator wants is for the marriage to fail. I changed my mind constantly about who this person could be. The only two I didn’t suspect were Lily, because it was so evident that it couldn’t be her, and Denny because he was only six years old. These two were also the most likeable in the novel.
At times I found it very unsettling, more so at the beginning when the unexplained events were less life threatening and more mind games. The acts that involved Denny left me feeling tense. Anybody who could manipulate a situation that could cause anxiety to a six year old child must have no remorse or compassion.
I did eventually realise who was responsible quite late on in the novel, I have to admit I was convinced it was somebody else. Obviously I can’t say who.
A brilliant, even though disturbing novel that I recommend highly. 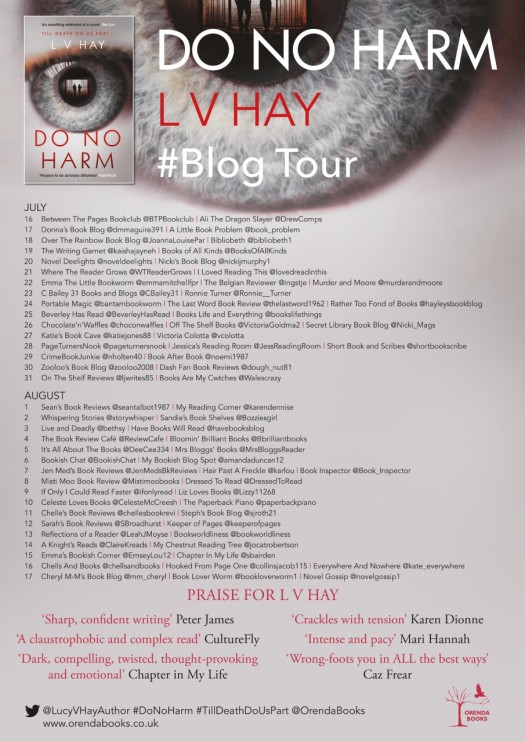