When Martha’s beloved father dies, he leaves her two things: a mysterious stash of letters to an English woman called ‘Catkins’ and directions to a beach hut in the English seaside town of Wells-Next-The-Sea. Martha is at a painful crossroads in her own life, and seizes this chance for a trip to England – to discover more about her family’s past, and the identity of her father’s secret correspondent.

Sylvia’s husband Howard has gone off to war, and she is struggling to raise her two children alone. Her only solace is her beach hut in Wells, and her friendship with Connie, a woman she meets on the beach. The two women form a bond that will last a lifetime, and Sylvia tells Connie something that no-one else knows: about a secret lover… and a child.

But the tragedy of war brings heartbreaking choices. And a promise made between the two women will echo down the years, and could change everything for Martha…

With thanks to the publisher for the copy received. The Lost Letters is a dual time line novel that mainly takes place in 1940s London and Norfolk in the 1940s and modern-day.
Martha has arrived in Norfolk to try to find out more about her recently deceased father. She is a lonely figure, missing her father, divorced with a daughter who is at university in Cambridge and who has no time to talk to her and a sister who she has a slightly strange relationship with.
Sylvie in the 1940s has a different lifestyle in some ways. She has wonderful friends in Connie and Elsie but her marriage is a lonely one at times and a relationship from when she was younger causes problems for her. I loved seeing her friendship with both Connie and Elsie grow into something special.
It is a slightly slow novel to begin with, not a bad thing, these characters take a while to get to know. Usually in a dual time line novel I prefer one to the other but here I liked both equally. The 1940s felt like the author had personal knowledge, from family stories passed down, or had done a lot of research into local history. I felt that one part in particular, from early on in the war was a true event.
I became more intrigued in the modern-day story as the novel progressed and the knowledge about what happened increased. The final quarter of the novel was at times emotional to read. I can’t imagine what families went through, having to say goodbye and not knowing what the future may bring. I knew about children being evacuated but had no idea that they went so far away from home.
A lovely emotional novel from an author I would happily read again. 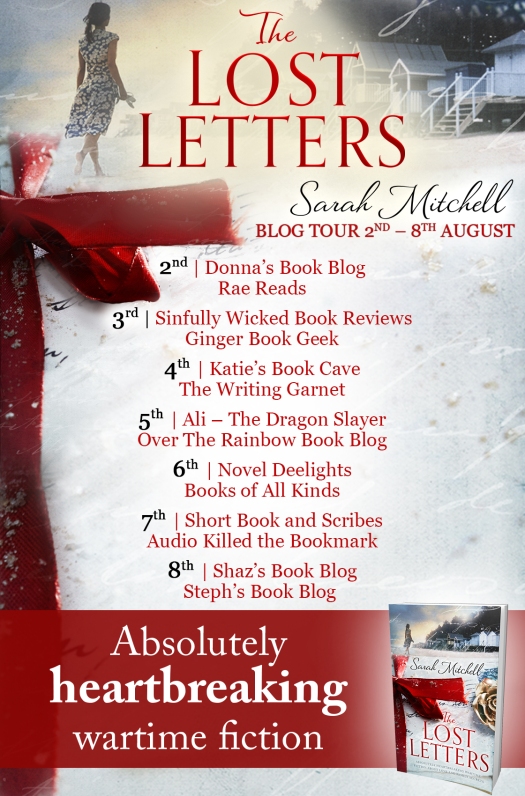