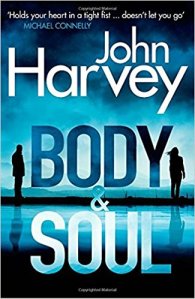 When his estranged daughter Katherine appears on his doorstep, ex-Detective Frank Elder knows that something is wrong.

Katherine has long been troubled, and Elder has always felt powerless to help her.

But now Katherine has begun to self-destruct.

The breakdown of her affair with a controversial artist has sent her into a tailspin which culminates in murder.

And as Elder struggles to protect his daughter and prove her innocence, the terrors of the past threaten them both once more …

With thanks to the publisher for the copy received.
Body and Soul is the last book in the series that features Frank Elder. Despite being the first that I have read I could follow it very easily.
When a relationship between Frank’s daughter Katherine and an artist ends in murder Frank is determined to stand by his daughter even though that help isn’t really wanted. Their relationship is strained, most of Frank’s are, but he does try his best.
Whilst his role in the novel is important there is also a lot of focus on Katherine and the officer who is investigating the murder, Alex Hadley.Alex is under pressure, because of the victim’s fame, the mental state of Katherine and Frank, who has a very short fuse most of the time.
I had a lot of sympathy for Katherine, I don’t think I will be alone in this. What she experienced when she was younger was horrific and some of what takes place in this novel makes life very difficult. Frank was a strange character. A loner, who could be very aggressive and who never seemed to have any control in any situation. Katherine appeared to handle what was happening a lot better than he was. Maybe it was guilt, I’m not sure. Hadley could also be a little abrasive, a little cold without much empathy.
I enjoyed the art world setting, I could easily imagine the models posing for hours, experiencing cramp and nausea, and having to put any feelings of embarrassment or misgiving to one side.
I feel quite sad that this is the last book, but at least I can go and read the earlier books in the series. John Harvey is an author who I will happily read again. 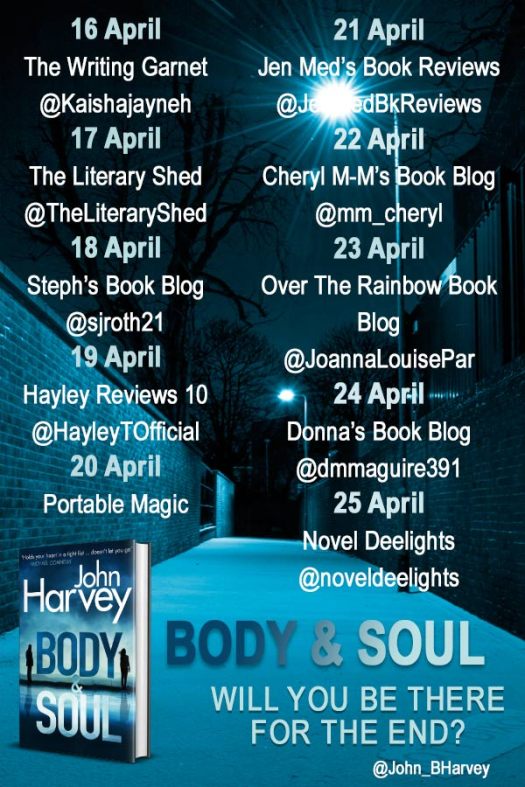