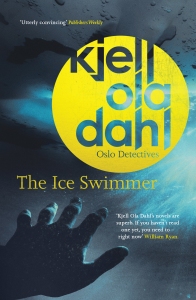 When a dead man is lifted from the freezing waters of Oslo Harbour just before Christmas, Detective Lena Stigersand’s stressful life suddenly becomes even more complicated. Not only is she dealing with a cancer scare, a stalker and an untrustworthy boyfriend, but it seems both a politician and Norway’s security services might be involved in the murder.
With her trusted colleagues, Gunnarstranda and Frølich, at her side, Lena digs deep into the case and finds that it not only goes to the heart of the Norwegian establishment, but it might be rather to close to her personal life for comfort. Dark, complex and nail-bitingly tense, The Ice Swimmer is the latest and most unforgettable instalment in the critically acclaimed Oslo Detective series, by the godfather of Nordic Noir.

With thanks to the publisher for the copy received.
As soon as I started reading The Ice Swimmer I felt like was in the company of old friends.I had only met the characters once previously, in Faithless, but Lena, Gunnarstranda and Frølich are so easy to know and like. Probably because they are shown as normal people who have everyday issues.
Lena is the lead character again on the two cases that are being investigated. She is a brilliant and dedicated officer but her personal life is a disaster and she now also has had devastating news about her health.  Even though the team are close they don’t discuss personal issues and she is dealing with the situation on her own. Frølich has a smaller role in this novel but he is a character who nobody can control, no longer a member of the police but Lena and Gunnarstranda still include him when they feel he can help. It would be foolish to underestimate his worth.
They are up against the worst type of people. Influential politicians who have enough power and wealth to halt any investigation into their lives and also the media. Who are capable of inventing a story and causing trouble if they want to. There is also unwelcome interference from other security forces which is upsetting for Lena.
Norwegian crime series seem so different to other crime fiction. I’ve never read any other that has me googling food and I find it astonishing that a country can have extremely cold temperatures and still function.
This series is now one of my favourite from Orenda and I’m looking forward to more. 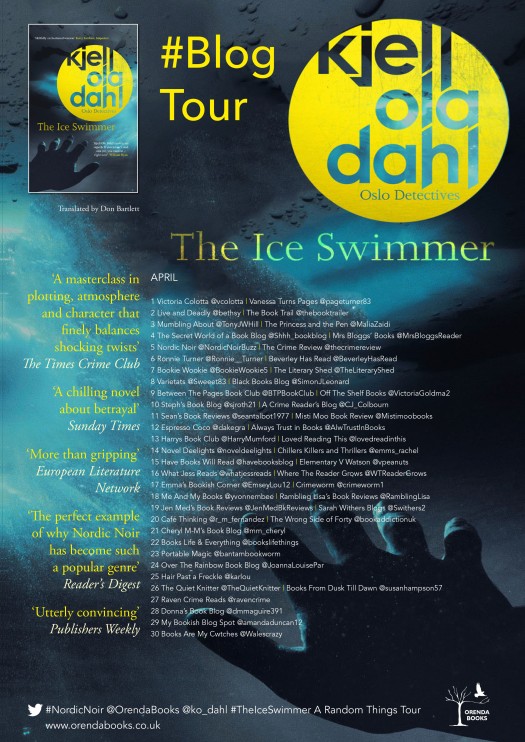