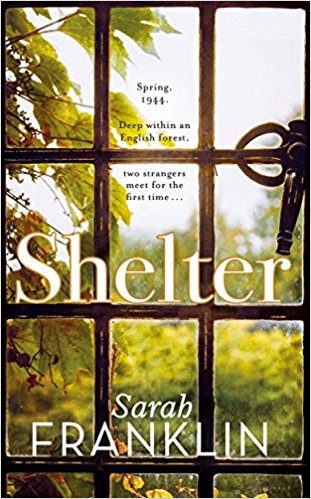 Led here by necessity, she knows she cannot stay. Brought against his will, he never wants to leave.

Connie Granger has escaped her bombed-out city home, finding refuge in the Women’s Timber Corps. For her, this remote community must now serve a secret purpose.

Seppe, an Italian prisoner of war, is haunted by his memories. In the forest camp, he finds a strange kind of freedom.

Their meeting signals new beginnings. But as they are drawn together, the world outside their forest haven is being torn apart. Old certainties are crumbling, and both must now make a life-defining choice.

What price will they pay for freedom? What will they fight to protect?

When I first saw the publicity for Shelter on social media I was instantly drawn to it. Not only because of its synopsis but also for more personal reasons which I will talk about at the end of the review.
The novel concerns a handful of people and their connection to each other because of the war and the forest. The main character is Connie. Grieving and suffering the consequences of an ill-fated night out in her home town of Coventry she accepts a position with the timber corps in Gloucestershire. There she meets Seppe, Amos, Joyce and Frank and starts to rebuild her life.
Shelter is an incredible book to read. I’m ashamed that I know nothing about Italy’s war but the author has peaked my interest and I am determined to find out more. I loved Seppe’s character alongside that of the three locals. Amos, the stubborn widower who misses his son fighting in the war, Joyce and Frank the childless couple who had so much love to give. And then there was Connie, who some could dislike. She could be selfish and appear unloving but I thought a lot of the way she behaved was due to guilt. I cringed at times with the way she treated Seppe. Even though he felt he was a coward, the way he was with her and Fredo, the camp bully was heroic.
I don’t want to say much about the storyline but the author does an incredible job of showing the way WW2 was fought in a different way. Yes, cities and soldiers do feature but only briefly. This is all about the foresters and how important and unnoticed their role was.
And now the personal reasons. My maternal Grandmother was a Lumber Jill. I struggle to put the image of the tiny, stubborn elderly lady doing a job like the one that Connie did. A reminder that she would have once been a young incredibly resilient woman and I will never forget how proud she was to receive her belated medal. 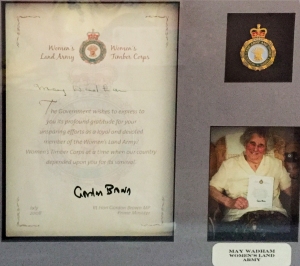