When local crime boss Richard Goodwin is pulled from the river by his office it looks like suicide. But as his widow Tatiana feared, Rich collected enemies like poker chips, and half of Great Yarmouth’s criminal fraternity would have had reason to kill him.
Realising how little she knows about the man she married, Tatty seeks to uncover the truth about Rich’s death and take over the reins of the family business, overseeing a waterfront casino deal Rich hoped would put Yarmouth on the map.
Out of the shadows at last, it is Tatty’s time now, and she isn’t going to let Rich’s brother, or anyone else, stand in her way. But an American has been in town asking the right people the wrong questions, more bodies turn up, along with a brutal new gang. The stakes have never been higher.
With her family to protect, and a business to run, Tatty soon learns that power comes with a price . .

One of the first things that occurred to me when reading Time to Win was how the tourist board connected to Great Yarmouth would feel seeing how the area was portrayed in the novel. However, after visiting numerous UK seaside resorts out of season I feel that it is probably accurate.
I often wonder which type of character an author finds harder to create. The ones that the reader will love or the ones they will hate. Most of the characters who feature are unpleasant, although Tatty and Frank did grow on me as I read more.
Rich only appears in the prologue so you don’t really get to know him. The only member of his family who seemed to mourn him was Sam even though she too ridiculed him along with her siblings. They are a family who are capable of anything. They are feared but not everybody they try and control give in to their demands. Ben and Sam are more distant from the criminal activities that occur but they have been groomed for the future. They do feel the financial benefits though. Zach is probably just like his father and one of the more unlikeable characters in the novel.
It’s definitely part of a series, not many issues have been resolved by the end of the book. This reader wants to know more about Frank and Tatty, especially her past. I feel there is a lot more to learn about nearly everybody who featured. 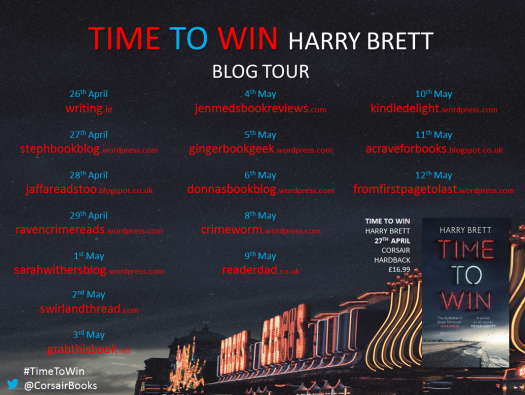