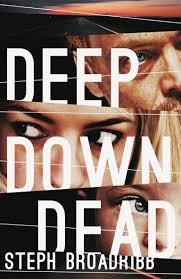 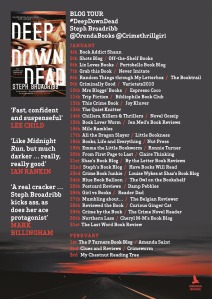 Lori Anderson is as tough as they come, managing to keep her career as a fearless Florida bounty hunter separate from her role as single mother to nine-year-old Dakota, who suffers from leukaemia. But when the hospital bills start to rack up, she has no choice but to take her daughter along on a job that will make her a fast buck. And that’s when things start to go wrong. The fugitive she’s assigned to haul back to court is none other than JT, Lori’s former mentor – the man who taught her everything she knows … the man who also knows the secrets of her murky past.

Not only is JT fighting a child exploitation racket operating out of one of Florida’s biggest theme parks, Winter Wonderland, a place where ‘bad things never happen’, but he’s also mixed up with the powerful Miami Mob. With two fearsome foes on their tails, just three days to get JT back to Florida, and her daughter to protect, Lori has her work cut out for her. When they’re ambushed at a gas station, the stakes go from high to stratospheric, and things become personal.

Breathtakingly fast-paced, both hard-boiled and heart-breaking, Deep Down Dead is a simply stunning debut from one of the most exciting new voices in crime fiction.

Deep Down Dead is a brilliant fast-paced novel. Lori has no other option than to take her daughter Dakota with her on her latest job. It’s one that she would prefer not to do but she is desperate to pay for Dakota’s medical treatment. The man she has to bring in she knows very well.
I loved this novel. I have to admit I had felt slightly dubious about reading it. I don’t really like reading novels that have a sick child in but I had no need to worry. There were no details other than the financial situation that she needed to resolve.
Lori is everything I like in a heroine, she is sassy, independent and very loyal. I had a feeling that Dakota would be just like her. JT is a loner with a heart. This becomes more evident when he reveals why he ended up being a fugitive.
The storyline could have  been quite harrowing, but one of the reasons I like this novel so much is that it isn’t gratuitous. You are aware what has been happening at the theme parks and there are some violent scenes but nothing that I felt uncomfortable reading. I was smiling to myself reading the description of the theme park. It is something I have never been to and if they are anything like portrayed I won’t be visiting anytime soon.

With thanks to the publisher for the copy received for review.

Steph Broadribb will be appearing at February First Monday at Goldsboro Books on Feb 6th. detail can be found here