Its the time of year again when a lot of people reveal what books they have enjoyed most throughout the year. Last year I didn’t have a clear favourite. This year I have two, both completely different to each other and I can’t choose between them. The other eight are in no particular order.

The Last Night by Cesca Major.

In Her Wake by Amanda Jennings

Daisy in Chains by Sharon Bolton

The Curious Charms of Arthur Pepper by Phaedra Patrick

The Plague Charmer by Karen Maitland.

The Monogram Murders by Sophie Hannah.

The Trespasser by Tana French.

And now for my two favourite books of the year. I really need to read more by both these authors again. 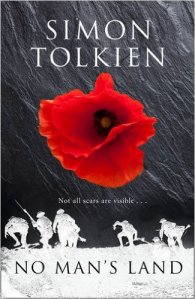 No Man’s Land by Simon Tolkien.

The Finding of Martha Lost by Caroline Wallace.