All this week there will be a series of blog posts about Holly Seddon’s novel Try Not to Breathe. Today I am delighted to welcome to my blog Liz Barnsley asking Holly about her characters.

Meet Amy – tell us a little about building Amy as a character. She is telling us her story from a very different place to the others. How did you make that work, giving her a voice?

Amy is at the heart of Try Not to Breathe’s story. She’s a victim, a hero and in some ways the narrator. Throw in the fact that she’s unconscious for most of the book, it was a challenge!
Luckily I could see Amy so clearly in my mind. Everything about her from the way she looked, spoke and dressed to her inspirations, her ambitions, the things she was passionate about and the things that drove her mad. She was fifteen in 1995, like me, and culturally we had similar backgrounds and interests but she is a braver girl than I was, someone with whom I’d have loved to be friends.

And Alex? What made you decide to give her the problems you did, tell us a little about how you built her personality – and talk a little about tying the two together within the narrative.

Because the story started with Amy, the Alex role started from a practical point of view – I needed someone to find Amy and become interested in her story. It made sense for that to be someone naturally curious – a journalist – and someone with some of the skills needed to start investigating.
But why would such a competent and experienced journalist be covering local news stories and living in a small town? From there, her challenges appeared. I hadn’t planned what they would be, but as I started writing her more, it became clear to me.
Alex is challenged but she’s not useless, that was very important to me. She has the skills – deep down – to help Amy and get her justice, but she also has a lot of layers of rot getting in the way.
Alex has lost everything, but unlike Amy’s broken life, her losses come from her own actions. Alex is also stuck in a very deep rut. But unlike Amy, it’s down to her alone to drag herself out. And until she meets Amy, she has no reason to try.
The two women have other similarities too: the same age, growing up in similar towns, same aspirations. Alex achieved hers and then threw them away while Amy never got the chance to try. Alex feels a debt to Amy for that reason.

In between these two is Jacob – struggling to move on in a world without Amy. Talk a little about his motivations and personality. How you fit him into the wider picture…

Ah yes, Jacob. My only male point of view! Without giving anything away, Jacob is connected to Amy in a deep way but it’s an anachronism, out of time, he’s not supposed to be connected to her at all, not any more. So although he is fundamentally good and honest, he has to behave in dishonest and devious ways. And because he’s not a fundamentally dishonest and devious person, he makes a pig’s ear of it.
When I was first inspired to write a story about patients like Amy, it was in part because I was moved to tears by stories of the loved ones left behind. Unable to grieve because there’d been no death, but living with a huge loss all the same. That experience deserved space in the story.

How do you come to your characters generally speaking – is it the basic premise for the story first, then the characters appear? Or do you tend to get a strong sense of “somebody” then build a narrative around them?

Generally I have the rough idea of the story, or the nub of it, but before I get into any intricate plotting, the characters come into play. I can’t plot anyone’s actions (and most stories are driven by characters’ actions) without knowing who those characters are and why they might do the things that they do.
Amy was the first character who ‘came to me’, if that doesn’t sound too pretentious! Her condition – persistent vegetative state as it was called at the time – was the spark of inspiration behind the story, but as I imagined her life and the people in it, the other characters bubbled to the surface. That’s not to say they all stayed prominent or even made the final cut, but it all started with Amy.
Sometimes I make notes on the characters, other times I build Pinterest boards and Spotify playlists but honestly, I soon abandon all of this because they live so vividly in my head. It means I’m not quite ‘there’ in my real life because there’s an intricate competing world in my imagination, I’m probably not fun to be around when I’m in the thick of a work in progress, but it’s the only way I can do it! These people have to be real to me, so they can – hopefully – be real to readers. 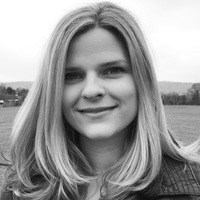 With thanks to Liz and Holly for their time. You can see my review here

One Reply to “Spotlight on Holly Seddon- character study.”