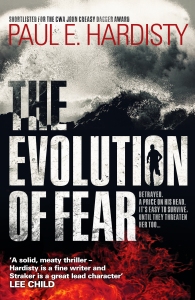 Claymore Straker is a fugitive with a price on his head. Wanted by the CIA for acts of terrorism he did not commit,
his best friend has just been murdered and Rania, the woman he loves, has disappeared. Betrayed by those
closest to him, he must flee the sanctuary of his safe house in Cornwall and track her down. As his pursuers close
in, Clay follows Rania to Istanbul and then to Cyprus, where he is drawn into a violent struggle between the
Russian mafia, Greek Cypriot extremists, and Turkish developers cashing in on the tourism boom. As the island of
love descends into chaos, and the horrific truth is unveiled, Clay must call on every ounce of skill and endurance to save Rania and put an end to the unimaginable destruction being wrought in the name of profit. Gripping,
exhilarating and, above all, frighteningly realistic, The Evolution of Fear is a startling, eye-­‐opening read that
demands the question: How much is truth, and how much is fiction..

The Evolution of Fear is the follow up novel to The Abrupt Physics of Dying. I hadn’t read the first one due to time issues and while I would recommend doing so, I could still follow and enjoy this novel very much.
Claymore goes on the run when he arrives back at the cottage where he has been in hiding to find men who turn out to be killers waiting for him. He knows there is a price on his head and also that the woman he loves, Rania, is also in danger. He has to leave England to try and protect her but can’t leave by the usual means, so starts his journey by sailing to Spain.
I did struggle slightly at first, knowing absolutely nothing about sailing the terminology went way over my head but the thrill and sense of danger more than made up for any confusion. There is violence everywhere, Claymore is wary of making friends with people in case he places them in danger so doesn’t settle easily. But as well as the violence there is also a love story, the storyline that concerns the problems in Cyprus after the war and the turtle conservation there.
I always feel that when you know something about an area where a novel takes place it has more of an impact. I have seen the beauty of the Agamas Peninsula, the quiet beaches, deserted villages and a Nicosia split in two. And the unease at certain points about any atrocities that occurred.
Paul Hardisty does a fantastic job in showing the struggle on both sides and at showing how important wildlife preservation is and how much danger it is in from people who are in power and are obsessed with having more.
I thought all the characters worked well, like Claymore I had no idea who he could trust and got it wrong a few times. There are some good, plenty of bad and just like in real life a few who have done things in their past that they wish they hadn’t.
With thanks to Karen Sullivan for the copy received and the opportunity to take part in the blog tour. 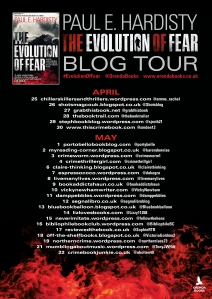