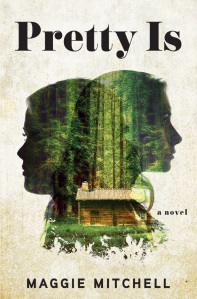 Pretty Is was nothing like I expected it to be. I knew it was about two young girls who were abducted and their attempts to rebuild their lives years later. What I hadn’t expected was the reasons why and the relationship that existed between the three of them.
Part of the book covers the abduction and the events leading to it, and some during Lois’s and Carly’s life when they are in their late twenties. Each narrate their own version of events in both time frames and each struggle to live any kind of normal life.
Lois especially, is being threatened by a student who by a long way is the most sinister character in the novel. She doesn’t deal with it the way that she knows she should do and the in way that she is advised to by people around her.
Both Lois and Carly were both loners who used their ‘gifts’ as a shield. Both were difficult to like initially but as I got further into the novel I understood the reasons why and warmed to them a bit more.
Child Beauty Pageants and Spelling Bees aren’t as popular here as they are in some countries and from what I have read in Pretty Is and seen in documentaries on TV I’m quite happy for it to stay that way.
With thanks to the publisher for the copy via netgalley.