I don’t read much science fiction but Husk appealed because it sounded so different. Rhodes is a ‘husk’, basically he is willing to rent out his body to people who are willing to pay. When he starts to experience flashbacks and minor injuries he feels less happy about his career. Other members of the team he works with also have disastrous things happen to them.
I found this novel to be quite scary. I initially thought that it would be set in the future but there were a few references to music from the 1980s so it takes place much closer in time. It was very convincing, New York and London totally different to real life but a vision of how life could be.
Some of the rentals that Rhodes was used for were poignant but most were done for very nasty people to have their fun.
A very sinister read which I really enjoyed.
Thanks to the publisher for the proof copy received for review purposes. 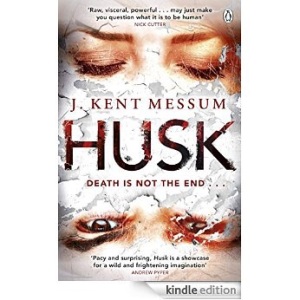